Four banks have seized their partnership with Finnish bitcoin service provider, Prosos Oy, leaving them with only one of its banking partners.

Prasos Oy, Is a household name in the Nordic region’s crypto circuit. They work with country’s centralized banks to help convert their users cryptos to euros, including the purchase and sale of bitcoin. After losing partners like S-Bank, The OP Group, Saastopankki and Nordea Bank AB, The company now relies on one banking institution in order to maintain operations. They also run platforms like Coinmotion.com and Bittiraha.

Even though Prasos still has the support of POP Bank, Brade still has concerns:

“The risk is that we’ll see our last bank account closed before we can get the next one opened. That would freeze our business”

Cryptocurrencies growth as a reason

According to the Chief Executive Officer of the company Henry Brade, Prasos’ He attributed that this happened as a result of the massive growth that emerged in the market of cryptocurrencies. He said “We’ve realized that the growth in international transaction volumes started to disturb the banks,”

Mr. Brade furthered the statement that Prasos has experience a massive growth in transaction volume of almost 1,000% approximately $187million when compared to the company’s performance in 2017 to that of the preceding year.

Lack of regulation as a reason

He also mentioned that the cryptocurrencies lack of regulation is also a reason behind the great loss of partnership, because of the risk associated with businesses that works with cryptocurrency, concluding that the company is currently hoping that regulators will soon develop a clear legislative apparatus that boosts confidence in bitcoin businesses among financial institutions.

Money-Laundering As A Reason

A manager in the corporate security department Laura Niemi’ Has said that the banks are always careful when it comes to the anonymity that is in digital currencies.

“ In most, cases it’s practically impossible, or at least very hard, to do business with cryptocurrency dealers and exchanges, because it can be impossible to determine the origin of the funds.”

Even though crypto regulations has less maintenance, some banks in Finland always avoid crypto Exchanges, so that they won’t be accused guilty of aiding money-laundry scams.

The major reason why Finland banks exhibit such, is that the anonymity of cryptocurrencies goes against the European Unions (EU) anti-money laundering regulations, which have been extended to involve other digital countries. The rule wants the name of the customer and the source of the money which can’t be available in digital currencies like cryptos. 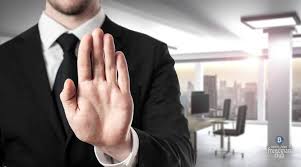 Prasos Next Move towards this

The CEO of the company has sought to take a greater steps to make sure that they is a good regulation in crytocurrencies. “We’ve created identification practices, which we have taken into use in March, and they comply fully with anti-money laundering laws and regulations, even though authorities do not even require this from us as our business is not under regulatory obligations.

Along the way, we’ve been given very little information by the banks on what we could do to solve the problem.”

Hanna Heiskanen, a senior adviser at Finland’s Financial Supervisory Authority (FSA) in Helsinki, has stated that “Cryptocurrency trading places are not currently under the regulatory mandate of the Finnish FSA,” adding that Prasos’ troubles are “an affair between the company and the bank[s].”

What do you think about the great loss of Prasos, how can you contribute to a better decision which he wants to solve the problem he facing right now.

Basic Guides: How To Trade Cryptocurrencies - For Newbies